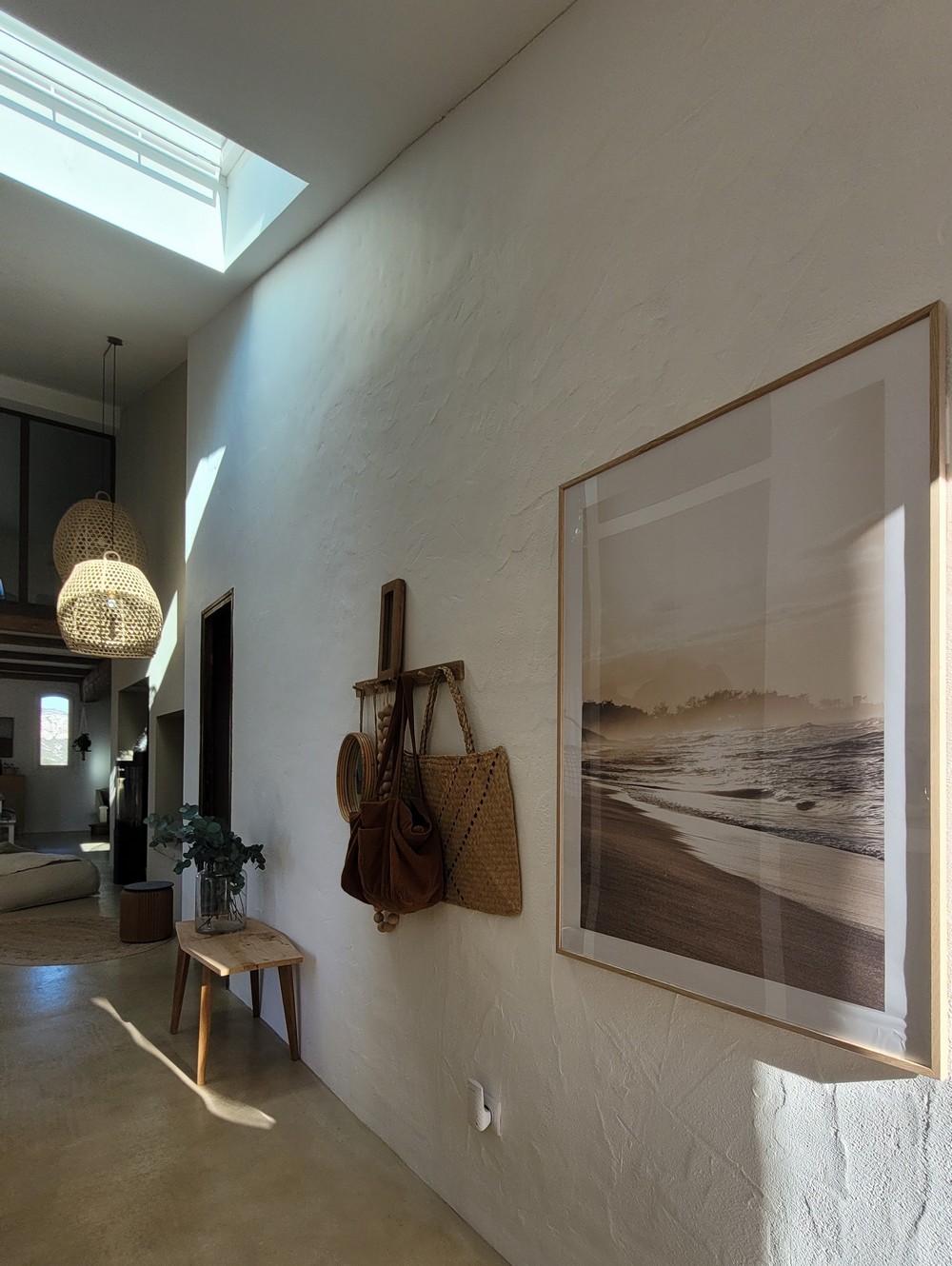 Decorating and redecorating is still one of the greatest pleasures for us, the ‘interior design addicts’.

Obviously, we don’t renew furniture, flooring, a kitchen or a bathroom too often. Nobody has the budget for that and, let’s be honest, in the context of sustainability and ecology, it’s not a good idea anyway.

It’s, among others, the accessories that allow small changes with large effects. And if you clear them away sometimes to bring them out a year or two later – or if you resell them and like buying second-hand yourself, you can even claim to be environmentally responsible.

Anyway, all that to simply tell you about some novelties in my home, new posters. I found them thanks to a great collaboration with the Swedish brand Gallerix.

Let me briefly tell you about the brand and show you the many wonderfull posters I had a crush on and, of course, the ones I ordered and styled in my home.

(and don’t miss the special reduction code at the end of this article!) 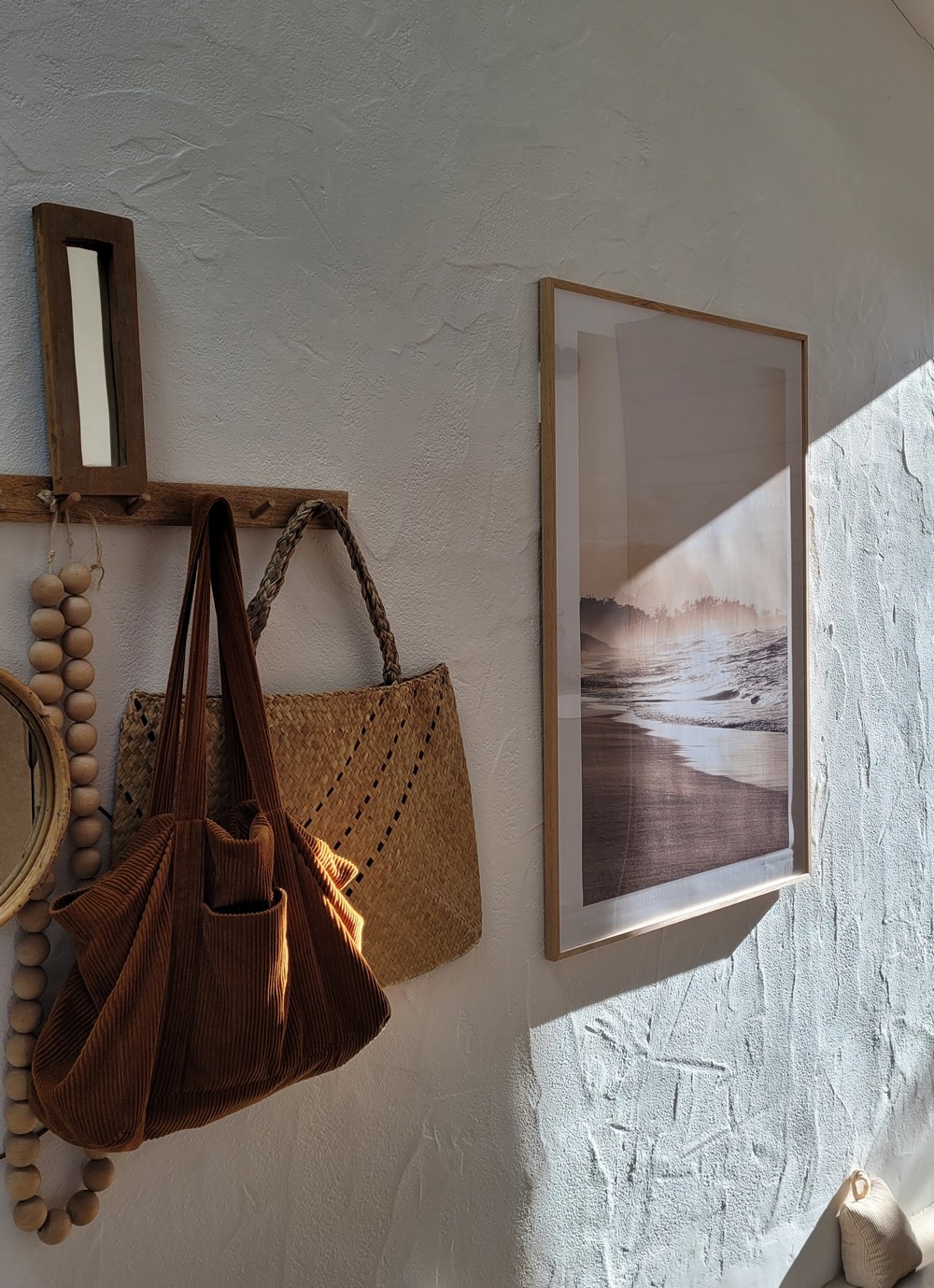 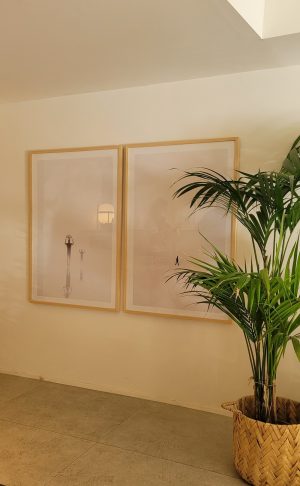 September last we spend a few days in a lovely hôtel in Zaragoza, Spain. The interior design of that place was really gorgeous, in a style that I much appreciate and that I would love to have in my own home.
I had noticed the entrance foyer, across from the reception desk, these two posters (see photo above), accompanied by a large plant (and an Ethnicraft sofa that I love, but that’s another story ).

Two things made them so remarkable to me. First the fact that the images are so very calm, soothing even. Not much is happening in the photo but it has a good feeling.
And also, the combination of the size of these posters and the fact that they were hung rather low on the wall, adds to this feeling of well-being. It’s probably very personal, but that’s how I felt.

If you’re anything like me then you too, when you see a decorating idea you like, feel like doing something similar at home.
So when Gallerix suggested I try their posters, I immediately thought of the inspiration I found at the Avenida hotel.
There are so many images in the wide range of posters that could create the effect I was looking for, that it was really hard to choose. I obviously included my other half in the process of choosing (he lives in the house with me, after all). And we really struggled to find a consensus.

ANd here’s the winner!

Sofor our entrance at home we chose the Beautiful beach, it’s 70 x 100 cm in a beautiful oak frame. It’s a photo of a stunning beach and its waves, all bathed in sunlight that makes the photo look a bit pink/beige.

Ah yes, we didn’t put up two posters like the ones that inspired me, because our new entrance isn’t the size of that of the hotel lobby. There is just no more room. But the feeling is there. So I’m happy! 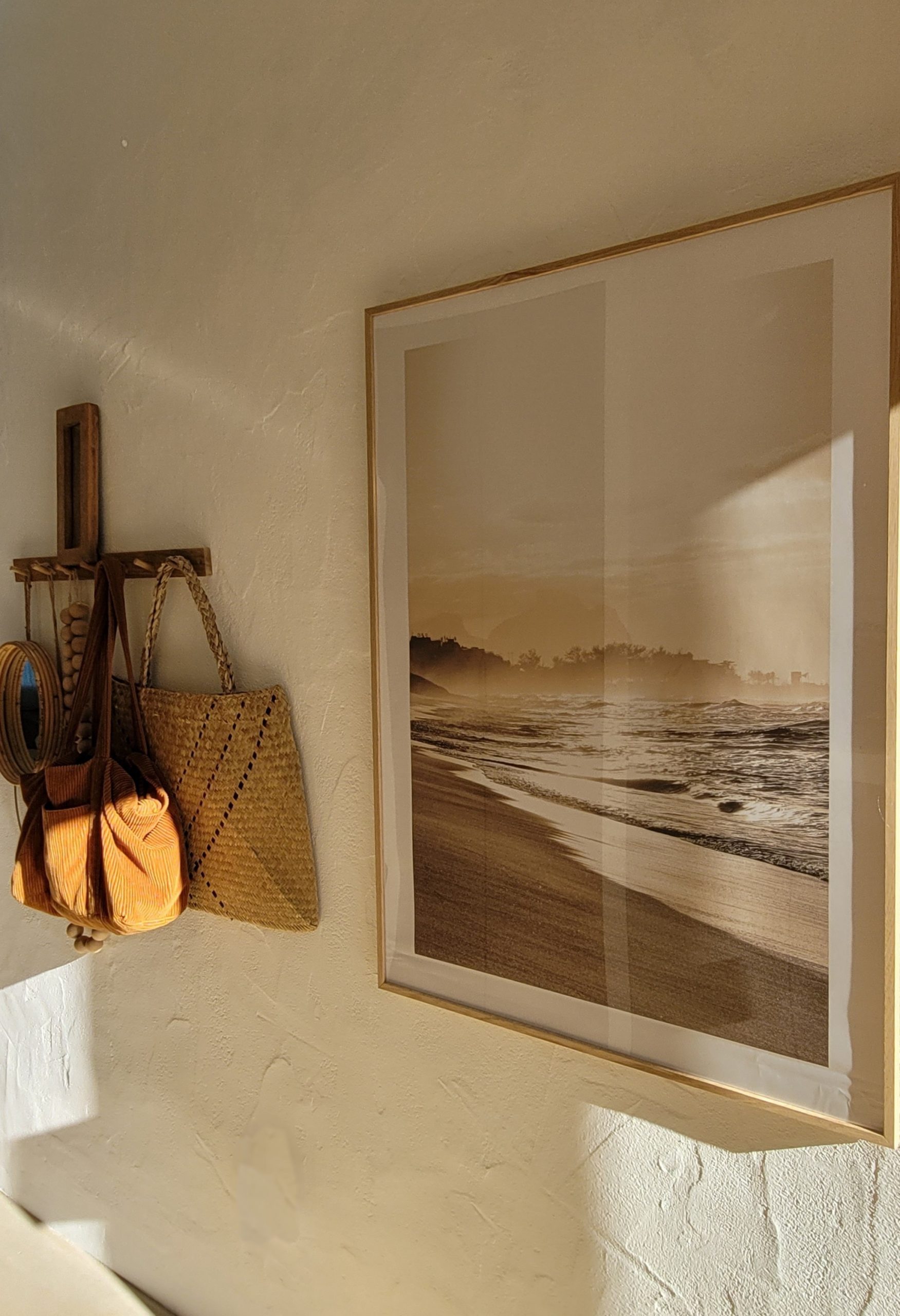 “Our printing is ISO14001 certified and holds the Swan certificate for clean production and to ensure sustainability of forest planning. The electricity we use comes from local producers and the origin is labeled with the Swedish electricity grid. A clean and healthy future is our common responsibility.

We support the OneTreePlanted organization and we plant new trees, among other things, and help purify the air we breathe by absorbing carbon dioxide and producing fresh oxygen.” 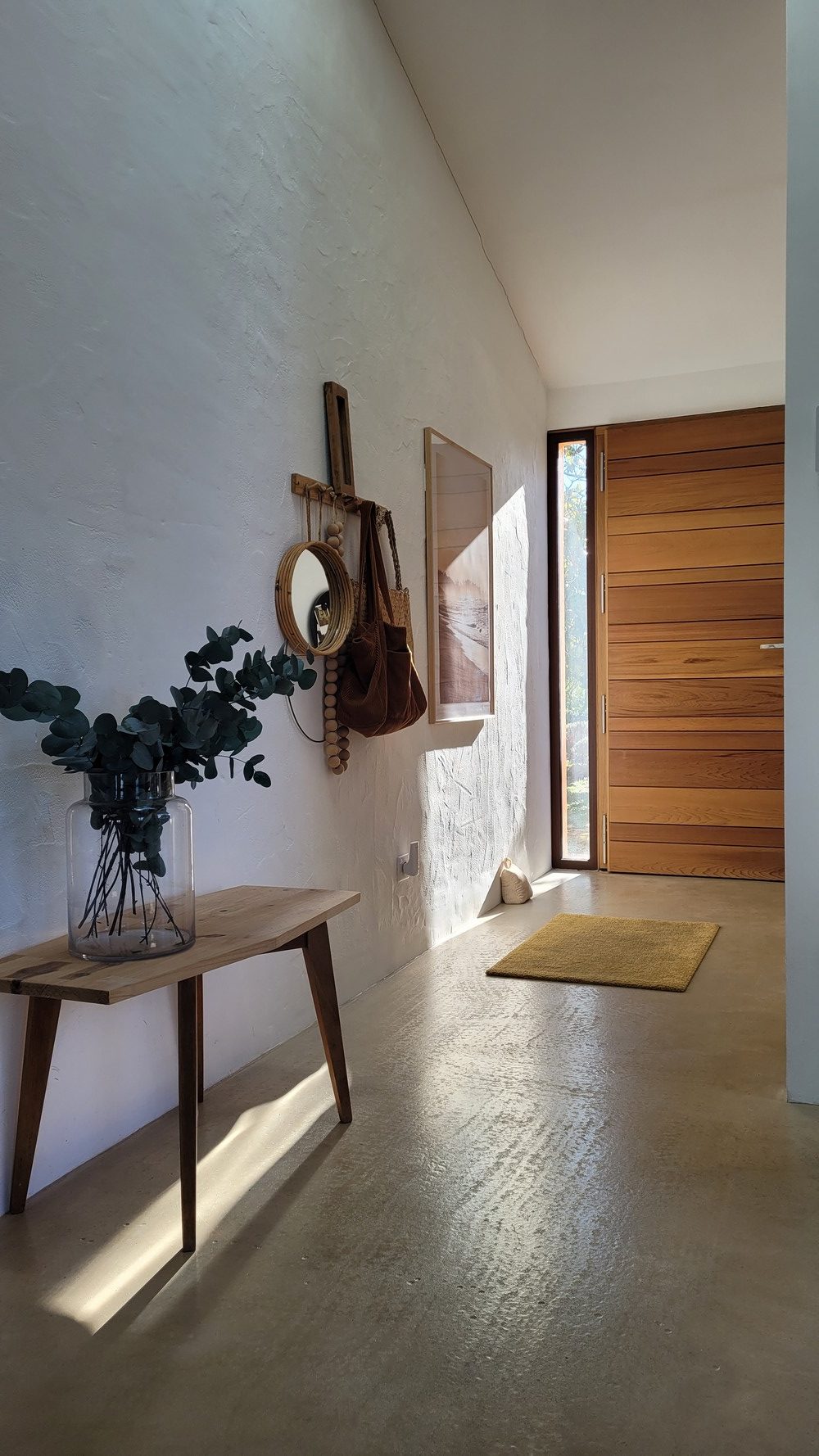 The story of this swedish brand:

Gallerix is a strong brand with a long history and experience in supplying posters and frames to Swedish customers.

It all started in a 50 m² store in Uppsala.
In 1973, Scandicore was one of the biggest poster companies in the world. In Uppsala, the company had the Mix Max store, where it sold posters. Johan Lefvert (current CEO Gallerix) started by working in this store, then at the Scandicore printing workshops in Uppsala.

He takes over the Mix Max store in Uppsala. He transforms Mix Max into a pure art gallery and to put his own stamp on the new store he finds a new name by combining ‘gallery’ and Mix Max, so Gallerix.

Gallerix keywords and values were defined. A carefully selected range of posters created by creative artists, designers and photographers around the world.
Bringing together the best that the world of art and design has to offer – and making it accessible to everyone.

By the mid 90s the business was sold and it to grow and the chain had at most 93 physical stores in Sweden.
In 2018, physical stores were closed and two years later a new version reappeared. Gallerix has always strived to follow the evolution of society and to be modern, therefore, e-commerce is now perfectly suited to the objectives of Gallerix. 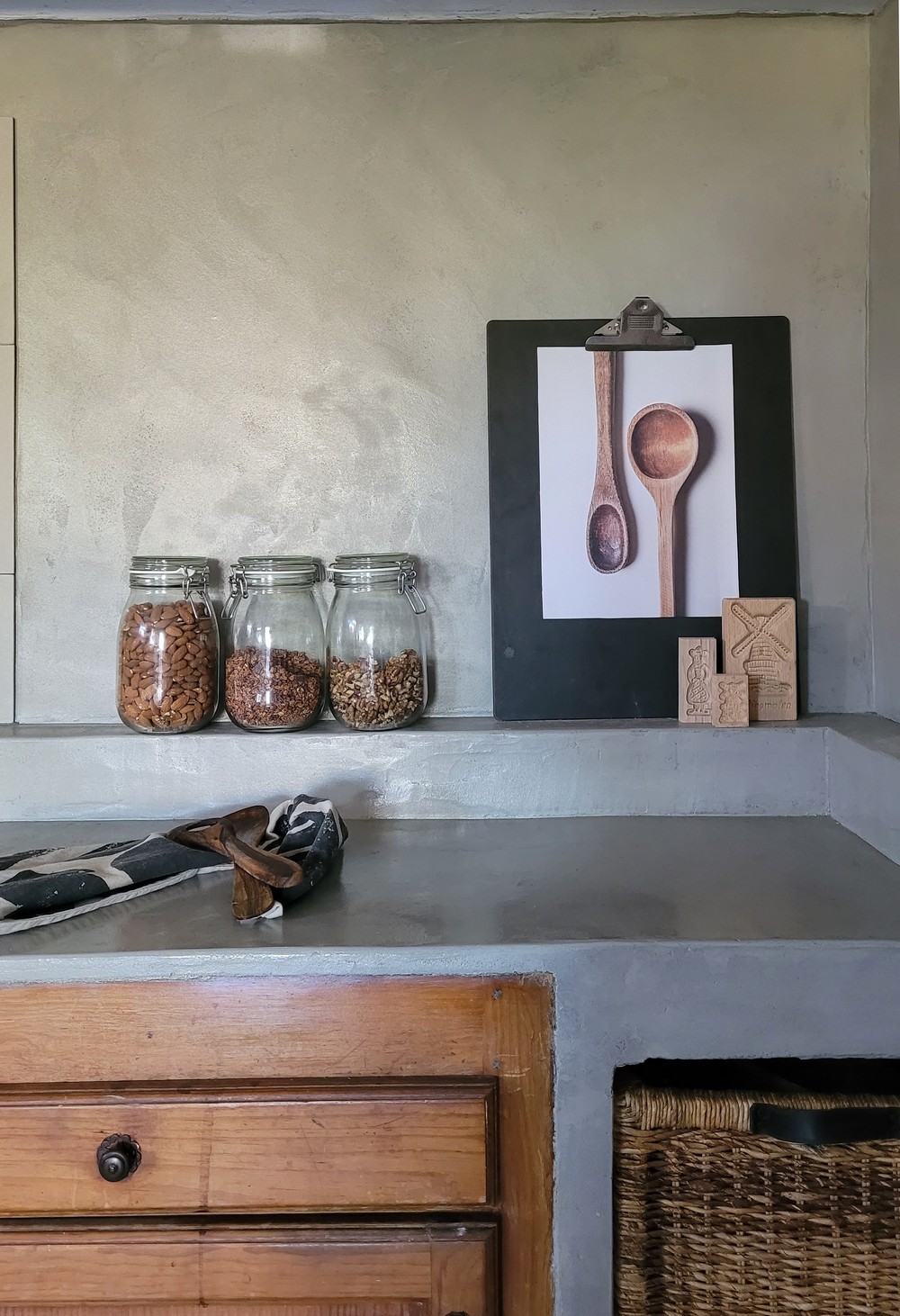 To change the decor of our kitchen a litte as well, I added two more posters to the order. First the Wooden spoon, in 30 x 40 cm, again for its simplicity, and the wood in the photo matches the wood in our kitchen. And also the Muffins (again in 30 x 40 cm including the white border). I don’t have to explain why, do I ? 🙂

I put them there for now but I admit that ithis is exactly one of those interior styling details I will want to change again and again. Especially the poster with the yummie muffins, will be highlighted somewhere else at a later stage.
But for now, it’s already quite lovely! 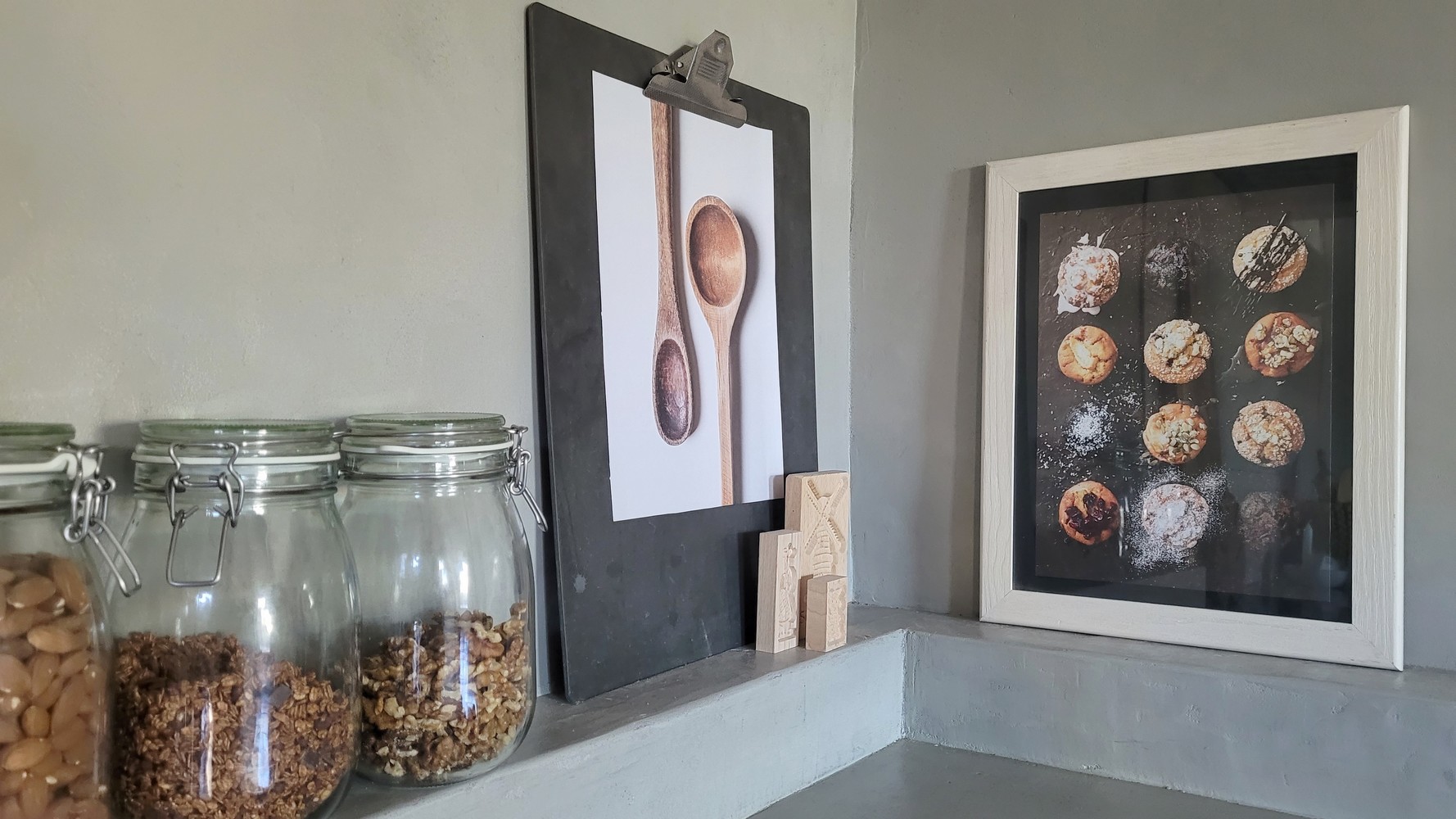 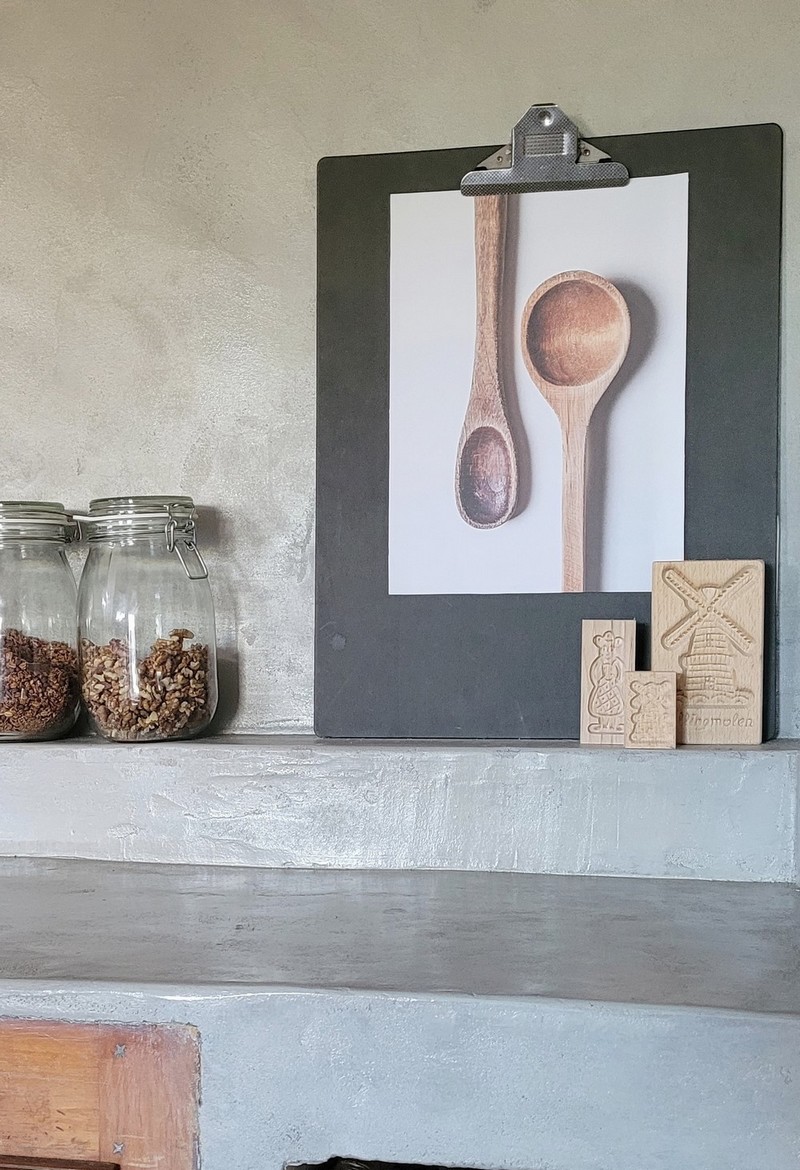 On the Gallerix wbesite/e-shop there’s the possibility to start a wishlist so as you can take your time to put aside your personnal facvorites. For us here at home, thiw was particularly useful, seeing as we had such a hard time making a choice.

If you feel like finding out which other posters we thought wuld work well in ur home, have a look at our wishlist here. You’ll find out for yourself that the there are numerous possibilities and somethingfor everyone.

Right now enjoy 30% off Gallerix posters with the code interiorcrisp30, until February 8, 2022